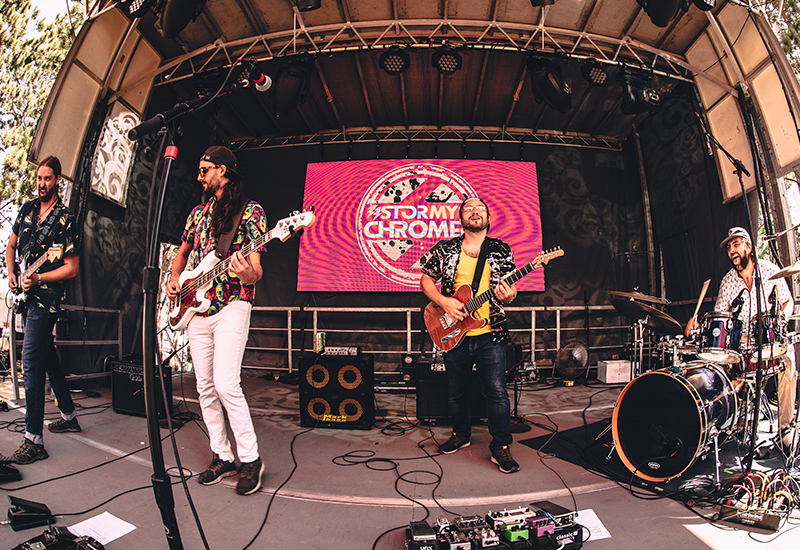 “Stormy Chromer first landed on the live music scene in 2014 and has been touring and amassing fans across the country ever since. The band’s four members – guitarists Spencer Hanson and Brendan Collins, bassist Ryan King, and drummer Amin Lanseur – work together to create a new brand of improvisational rock. The band’s real-time compositional style has earned them a steady following of devoted fans in the midwest, as well as a reputation within the greater jam scene. Over the years, Stormy Chromer has played alongside nationally-touring acts like Aqueous, The Werks, Consider the Source, Laith Al-Saadi,  The Main Squeeze, and Jimkata. Stormy Chromer has been characterized by the Ann Arbor Current Magazine as having “a jazz-like knack for spread-out jams that can still keep things tight and land on a dime.” The quartet followed up their debut “Peace of Pizza EP” with 2016’s full-length album, “A Tale of Two Mouths,” and 2018’s “Solid Sessions EP.” Combined with an explosive live show, Stormy Chromer delivers a one-two punch of riveting performance and powerful songwriting that captivates audiences and keeps them chasing more.”