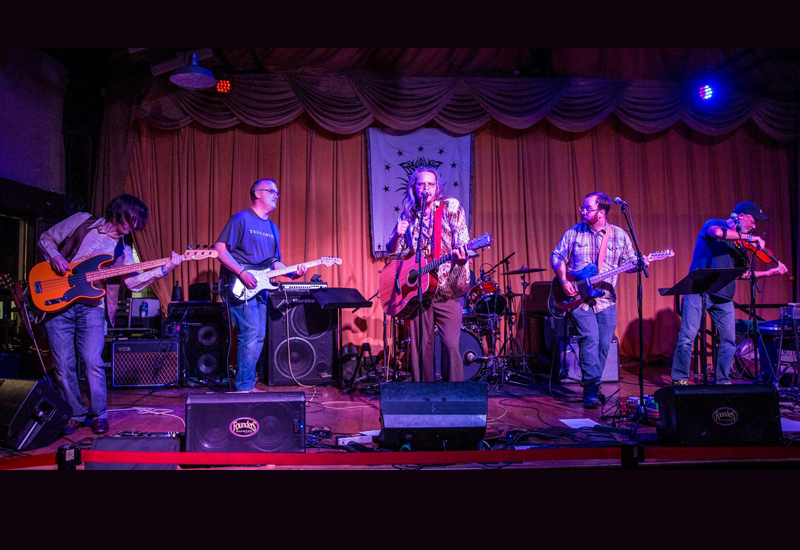 What is Hippie Tonk? 3 part harmonies, dual electric guitars, pedal steel and violin all weave around the acoustic guitar and powerful lead vocals of frontman Nicholas James Thomasma. The music falls somewhere in between folk and country with a solid dose of rock & roll and the occasional reggae, cajun or world beat mixed in. We like to call it Hippie Tonk. Nicholas James and the Bandwagon have been performing at festivals, breweries, community concerts and theaters since 2010 and have released 2 albums of original material.