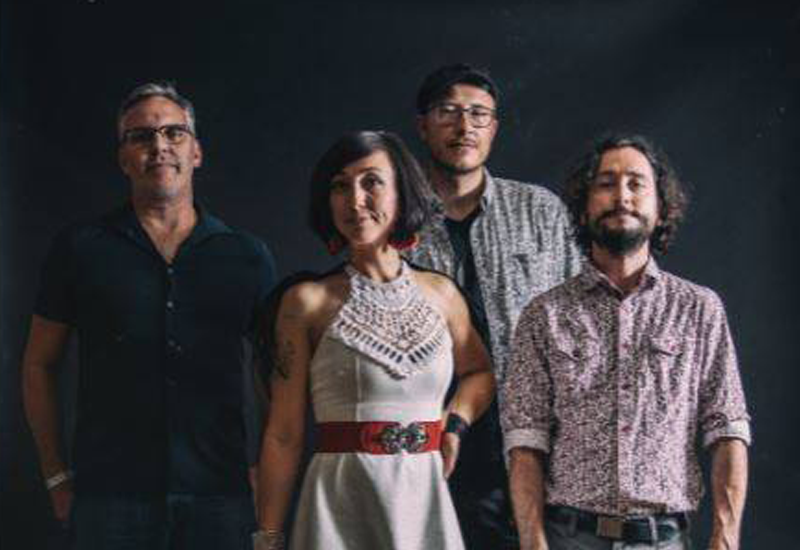 Led by dynamic, multi-instrumentalist Erin Zindle, The Ragbirds create music that is equally danceable, intelligent and vulnerable. They incorporate indie-pop melodies, global-infused
beats, rock guitar riffs and folk sensibilities into a high-energy live show which leaves every listener in a higher place than when it began.

Since 2005, they have gathered and maintained a passionate, grassroots fanbase by reinventing themselves with an ever-evolving sound, while sharing the stage with Brandi Carlile,
Rusted Root, Greensky Bluegrass, Birds of Chicago, Lindsay Lou and Billy Strings, just to name a few.

The Ragbirds’ albums have received local and national praise, hailed “Highly Impressive!” by USA Today and touted as “astounding international eclecticism” by Reveal Arts. The 2009
international release of “Finally Almost Ready” saw the band invade Japan with the single “Book of Matches” reaching #1 on the charts in Osaka. 2016’s The Threshold & The Hearth debuted at
#20 on Billboard Folk Chart and #29 on Top New Artists Chart.