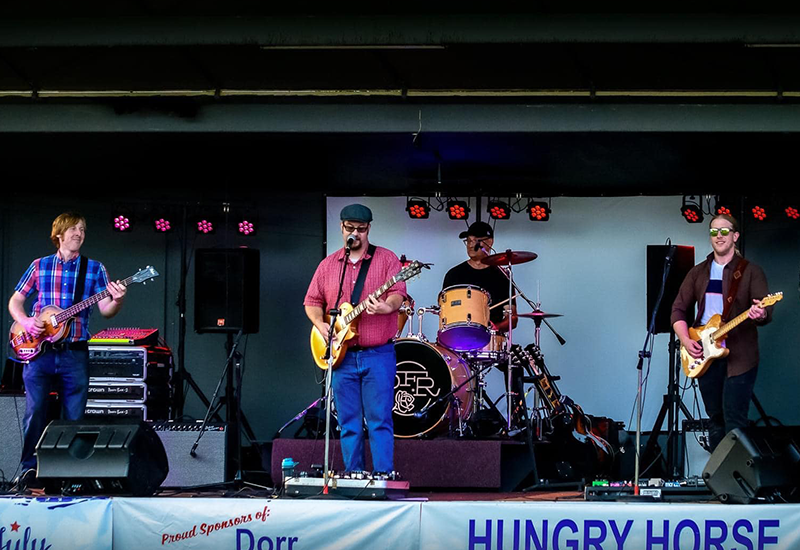 Formed in 2016, Deerfield Run blends blues rock with a touch of country and a dash of funk, serving up a tasty musical blend that’s irresistible to audiences. Hailing from Grand Rapids, MI, the band delivers strong original songs and surprising covers pulled from a deep back pocket of classic tunes. As a group of seasoned West Michigan musicians with influences ranging from Al Green to Eric Clapton to the Eagles, their powerful instrumental and vocal performances captivate audiences of all ages. Their debut, self-titled album was released in September 2017, and the group released their second album, Reckless, in April 2020. Keep an eye out for Deerfield Run as they groove on through West Michigan and beyond!