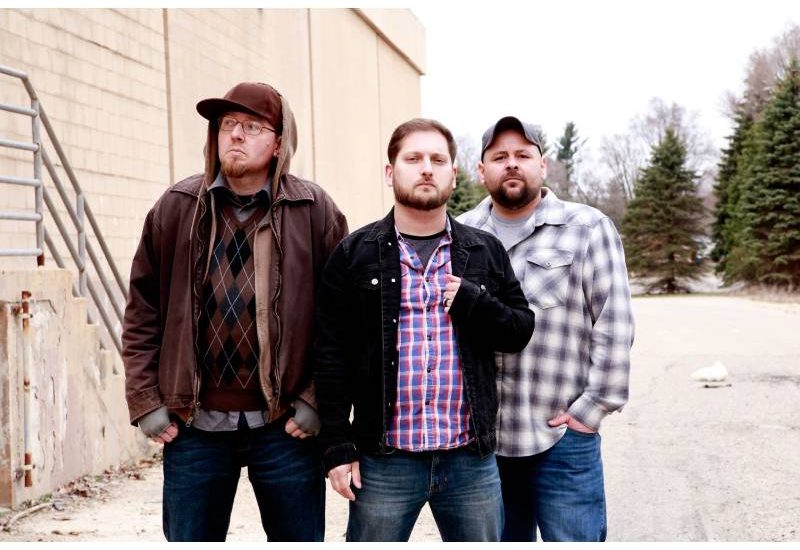 Bleed The Water are a Alternative/Metal band from the West Michigan area. The band consists of Andrew Krause Guitars/Vocals, Shane Leitch Bass/Vocals, Matt Andres on Drums. Combining musical backgrounds from Metal and Punk Rock, and with a love for Classic Rock and the Blues, they come together to forge an energetic live show with peaks and valleys to bring the audience on a journey through the soul of each member.
Andrew comes from another local band, Martyr Machine, who played all over the state from Detroit to Ludington, and has performed at Harpos, The Intersection, The Orbit Room, and everything in between. From the ashes of that band he formed Sin Sick World and asked Shane, who also plays in the band Rotten Bastards, to join him on bass. They performed around West Michigan from 2009 till 2014. Starting in 2015 with a new drummer, Matt, and a line up of new songs they took on the name Bleed The Water to start a new future for them.
The band took to the local scene as soon as they could and playing live is where the shine the best. Through making friends in the area and growing a local fan base they were able to land an opening gig in Grand Rapids newest venue 20 Monroe Live which was the biggest show and greatest experience for the band. It made them all the more hungry to tackle Michigan and beyond.
Their debut album Deer Lake was released on June 25th 2017 world wide and has already received great reviews not only locally but also from Europe. It can be found on iTunes, Spotify, Google Play, Amazon MP3, BandCamp, SoundCloud, and CD Baby.
Late 2018 they added a second guitar player, Nick Cain, who really helps fill out the sound and will be adding his own touch to the new batch of songs coming up for the next year.
On April 1st, 2020 they released their second album, One More Trip Around the Sun. They’re most focused batch of songs. Andrew states in an interview with Studio Talk ” The first album was kind of like a mix tape, a batch of songs we had for a couple of years that had never been recorded, songs we pulled from other bands we were in that never made it”. OMTATS was a great experience to make as a full band with each member working on each song together. The songs are driving, brutal, honest, and beautiful at times. We all lost family members and friends while writing the album so that definitely shows in the songs and energy.